We know of at least two railways in gardens in Hucclecote. One is a miniature line, whose motive power includes a fine scratch-built model of a Metropolitan Railways Bo-Bo, which has been displayed at a previous show. The owner uses it to entertain visiting children.

The other was a 1'11½" system which ran from 1983 to 2006. Track was mostly angle-iron laid in concrete to provide a 200' straight run, but there were two sidings, using points and rail acquired from Alan Keef at Bampton. The sole rolling-stock was a flat wagon. 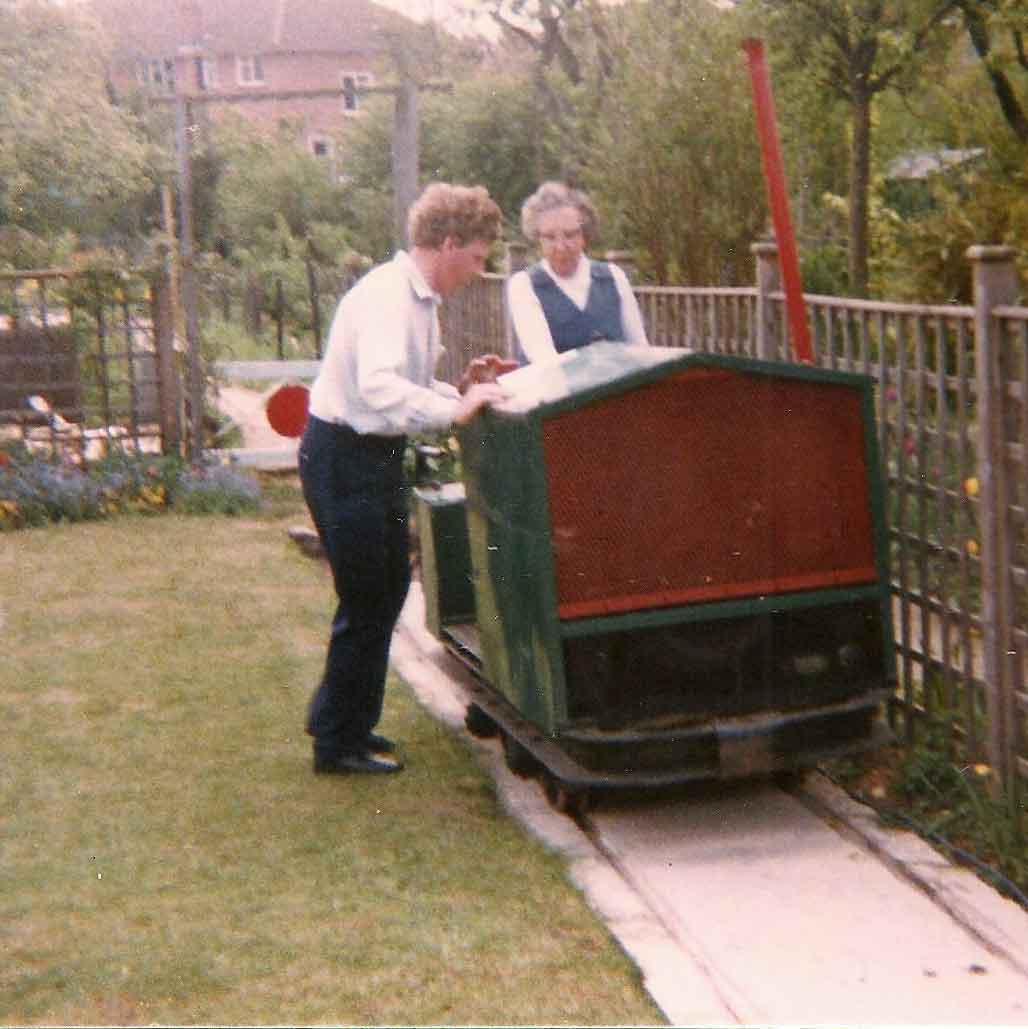 Motive power was supplied by an unusual locomotive. It was a 4-wheel diesel locomotive, originally built about 1974 for use on work on the Kennett and Avon Canal locks at Caen Hill, Devizes. It was acquired by John Craven for use on his private railway at Walesby, Notts. He extensively rebuilt it, using a new engine from a dumper-truck, and giving it a bonnet and and floor, together with lights, horn and an electric starter. One interesting feature was that it had a clutch that could be operated whilst walking alongside the loco - presumably a relic oif its civil engineering days.

The loco did not fit well with John's needs as it had limited hauling capacity, so it was sold in 1983 for use in Gloucester. It proved to have a weakness in the drive (the engine drove a Triumph gearbox coupled by chains to the wheels) which broke several times.

Illness forced the sale of the whole railway in 2006, to a gentleman in Tewkesbury.